Since 2007 Woodworking Specialists LLC has operated under the basic principal of building high quality, fully custom products at a reasonable price. From conception to installation, our expert craftsmen combine their years of experience with careful attention to detail, to hand make all of our products to precise specifications. Offering innovative, custom wall-beds, and a complete range of cabinet and furniture styles in a variety of colors and finishes, Woodworking Specialists is an excellent alternative to pre-fabricated, modular designs. Woodworking Specialists’ lead design and architectural millwork specialist, brings 55 years of residential and commercial trade experience. He has been building in Saddlebrooke for 35 years exclusively. We have hundreds of pleased customers and can produce references upon request. We are affiliated with the Arizona Registrar of Contractors, the Better Business Bureau, and an ASID industry partner.

When it comes to woodworking in Tucson, the Mann family name stands in the highest of regards. As a boy, Robert “Bob” Mann learned by working at his father Herb Mann’s well-known lumber business. As an adult, Bob has been designing and building creations in wood—using his own expert mill working skills—for nearly forty years.

By the age of ten, Bob could be found after school at his dad’s business, helping out and experimenting with his own boyhood projects. Four years later, Herb put his son to work behind the counter doing customer service. From this point Bob began to learn serious woodworking and cabinetry skills from the old pros who worked along with him. By age nineteen, Bob was doing commercial work and remodeling, and by age twenty- one he’d earned the position of Mill Foreman at Mann Lumber.

When his father became ill, Bob managed the family lumber business. After his dad passed away, Bob opened his own specialized cabinetmaking shop on Grant Road in Tucson. Between that and making a living working nights in the restaurant business, Bob spent a number of years apprenticing himself to his own artistic vision. He developed original skills that in later years earned him nine design patents through the USPTO (United States Patent Trademark Office) for his cabinetmaking process and design.

Bob opened Showcase Custom Cabinets in 1994 and did a thriving $200,000 per year business fabricating and installing cabinets for clients such as the University of Arizona as well as upscale residential clients. Within the next few years, he conceived Robert Mann Originals, to use his most artistic skills for building decorative clocks, an idea he had been experimenting with for over twenty years. In 1998, Bob’s design ideas paid off when he was awarded a United States Patent for his original contemporary longcase (grandfather) clock design, the first patent for the complete re-design of the grandfather clock issued in more than 300 years!

The prototype Robert Mann Originals longcase clock was featured in the major Southern Arizona newspapers the Arizona Daily Star and the Tucson Citizen. His work was also featured on the local PBS television station’s program Arizona Illustrated. In addition, Bob’s work earned him a feature story in Custom Woodworking Business magazine, the major crafts publication in the industry. And Bob was a featured speaker at a recent National Association for Watch and Clock Collectors gathering held in Tucson. 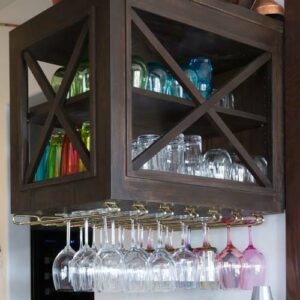 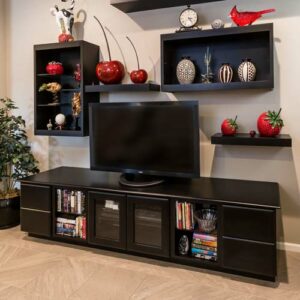 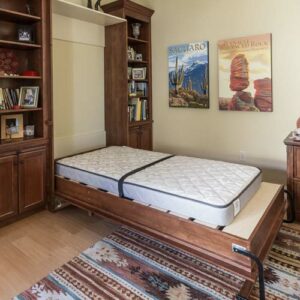 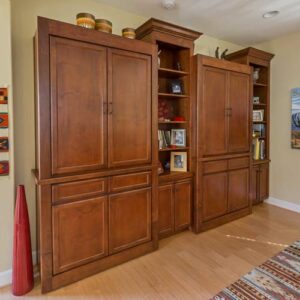